The Rol... of Helen's Suitcase

Denise Riley, A Part Song
xii
Outgoing soul, I try to catch
You calling over the distances
Though your voice is echoey,
Maybe tuned out by the noise
Rolling through me – or is it
You orchestrating that now,
Who’d laugh at the thought
Of me being sung in by you
And being kindly dictated to.


It’s not like hearing you live was.
It is what you’re saying in me
Of what is left, gaily affirming.

For Helen Tartar: the editor, the reader, the writer, the translator, the teacher, the traveler, the adventurer, the discoverer, the connoisseur, the interlocutor, the listener, the healer, the weaver, the sister, the philosopher behind philosophers, the mothering midwife … a friend … now there.

Days roll by and you, too, soon, should carry on.

Helen said she would stop by the Westside Market herself. At those legendary launch parties at Book Culture she would throw for her children, Helen is the one who would roll up her sleeves, place hummus next to carrots or carrots next to hummus, run downstairs to run back up with another bag of chips, just in case. And the feast would begin endlessly.

Apparently, white wine and gummy worms go very well together, two of Helen's favorite food for thought. Like Haun, "I worried about her" a little except maybe the gummy worm part, which kind of glued us further along, these two weird kids, and we did once spot an organic version at the Whole Foods, although it came in those little bear suits, not the right disgusting texture we are after, but still acceptable.

All that magic was in Helen’s suitcase that followed her everywhere, the roll of which, as Katie lovingly recalls, has now become the tail end of a double echo we all wish we could hear ... once again, as if possible. How one comes to see a sound: Helen would have loved to hear this theory, now a story involving her, this "utterly undogmatic ... really, really good" friend of all souls, lost or found, as Tom relates.

All those manuscripts, galley proofs, notes, cards, receipts, catalogues, complimentary copies, goodies for Bud, her yarn and needles, plus, sometimes, a bottle of California Chardonnay chilling out somewhere at the bottom ... that singular bundle of passion, generosity and what Mei-mei calls luminosity ... all of that has flown away with the Helen bird like Zhuangzi's Cartesian-Lacanian butterfly or the other way around we used to daydream about .. really? ... leaving more than exact copies in every one of us left thinking, feelingly, of this beautiful soul, this impossible case.

Helen’s formative, creatively "directorial" role in the various overlapping communities of readers, scholars, thinkers, writers, all sorts of pioneers, junior or senior, tall or short, remains immeasurable, as many of us find it quite impossible to imagine this kniting, knittingly giving intellectual dynamo suddenly gone knitting elsewhere, or nesting with us otherwise. Such is the sheer, lasting impact and reach of Helen’s absent presence and present absence. So many of us, including the present scribbler who also had the honor and pleasure to publish her first book with Helen, will owe her forever … so unfair.

“How about a book of your own? Why not? Have you thought of writing one? Think you should. Maybe about editing or reading or writing, whatever, you know, I mean, really, about this "commerce of thinking" you know so well.” Truly, doesn’t it seem rather unfair that Helen Tartar, the master weaver, has hardly woven a scroll of her own? Helen used to respond, in all seriousness: “well, no, that’s not going to happen. I’m just always in awe of the authors. Writing a book is such a monumental task, the whole soul going in there. I wouldn’t know how to do that.” Well, who knew?! I mean, who, of all, would?

Speaking of this almost inappropriate modesty that Fred too rightly points out, talking about all that understated genius: I am instantly reminded of this mother-sister Socrates of our times, a writer, reader, thinker of an extraordinary insight and imagination, empathy and erudition, an otherworldly exuberance. I hope Helen does not mind me “publishing” a little excerpt from her draft essay on “book reading,” without her permission, that is, or her editorial (!) approval, oh, dear, for “whatever the truth, alas, of this inevitable interiorization (the friend can no longer be but in us […]), this being-in-us reveals a truth to and at death, at the moment of death and even before death by everything in us that prepares itself for and awaits death, that is, in the undeniable anticipation of mourning that constitutes friendship” (Jacques Derrida, “By Force of Mourning”). I hope you, too, will see why I feel compelled to share this beautiful, now poignantly resonant passage with y'all just as it is, as I sense almost a certain and sudden obligation to risk some inappropriateness here, for, if, after all, that’s what friends are for.

... I recall once, when a bunch of us were returning from a conference by car through the Berkshire Mountains in Massachusetts, the professor pointing out: “See, that’s probably what it means for clouds to zhuan [roll up, like a screen] the mountain.” In the other, the professor showed us slides of precisely what species of bird was being named in the poems we read. Both approaches were valuable, but you can guess which one contributed most to my own tiny whisper in the great resonance between classical Chinese and American English that so invigorated twentieth-century poetry.

Since I was a child, I have been haunted by the image of a book folio blowing down the street in the wind, to be picked up by someone, whose mind is taken and transported by the words it bears—into a book he writes in reply. We’ll come back to this image, but let me offer to you, not its first textual incarnation in my life, but the one that has traveled with me most closely, from which I take the title of today’s talk: section 12 of Wallace Stevens’s “An Ordinary Evening in New Haven.”  The text is on your handout, since I will return to its wording. Because the lines are both so beautiful and so relevant to what I want to leave with you, I hope you will not mind if I quote the section in its entirety:

The poem is the cry of its occasion,

[Helen Tartar, From “Papers Blown By the Wind,” 2012, an Unpublished Manuscript/First Draft Version of the Conference Paper (“To be Announced”) Presented at Book Presence in a Digital Age]

And further on ... I see this which, I see, I had highlighted before chatting about it with you over grilled mushrooms, Mallarmé ... 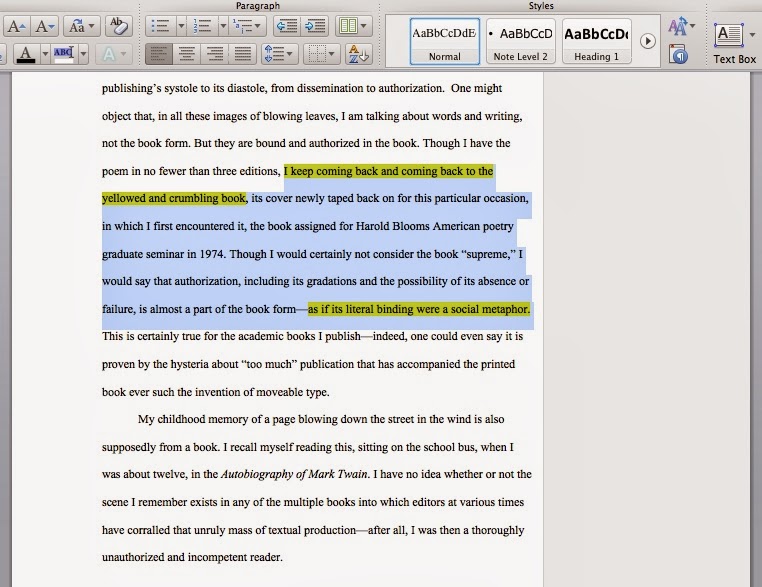 Helen, we hope you will not mind us wanting to read from you, with you, by your side today, this "sheet of paper blown by the wind," this "scotch tape body" of yours, and perhaps, your gentle irony will embrace this digital bleeding too, for after all, “it is not the earth I will miss," 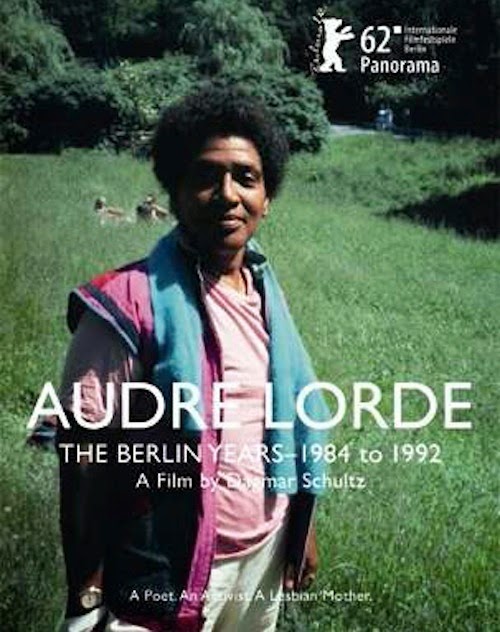 Screening and Discussion at The Graduate Center, CUNY
with Dagmar Schultz and Blanche Wiesen Cook
March 6, 2014

Audre Says: "Look: Match, Not Conflict"
(Towards the end of the film, there is Audre Lorde, suffering from cancer, sitting in bed, passionately critiquing a bad bedding decor, and getting it right by switching to the other pillow, to her liking.)

Read about the Film @ The Feminist Wire 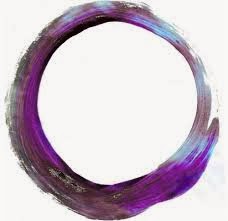 Thinking-writing-reading forms certain triceps of the mind, as performatively vocalized in The Tale (1980) by Meredith Monk, where the last line, “I still have my philosophy~” loops back into the first, “I still have my hands~” via the piano-player who hehahos her way in and out as if born tickled. This daughter laughter fuels the text that weaves and waves itself out of itself, leaving that Latinic ego modernly undone—or redone. Indeed, at the end of the day, “how can it be denied (quâ ratione posset negari) that these hands and this body are mine?,” as one queries in The Meditations (René Descartes, 1641), in passing. What, now? What next? Turning to such auto-bio-graphic “stillness,” this course looks into that “zero point/degree” of auto-documentary zones, for which poets are said to be “always headed” (Durs Grünbein, “Outline of a Personal Psycho-Poetics,” 2010). How and where does research become re-search and vice versa; when does one stop/restart in this universe of embodied minding? Unpacking the tripartite dynamics of cogitøgraphy, we will try and “work it out” while working through an organic mix of theoretical essays on those (t)issues, which will also help us explore our own cogitøgraphic traces and trajectories.